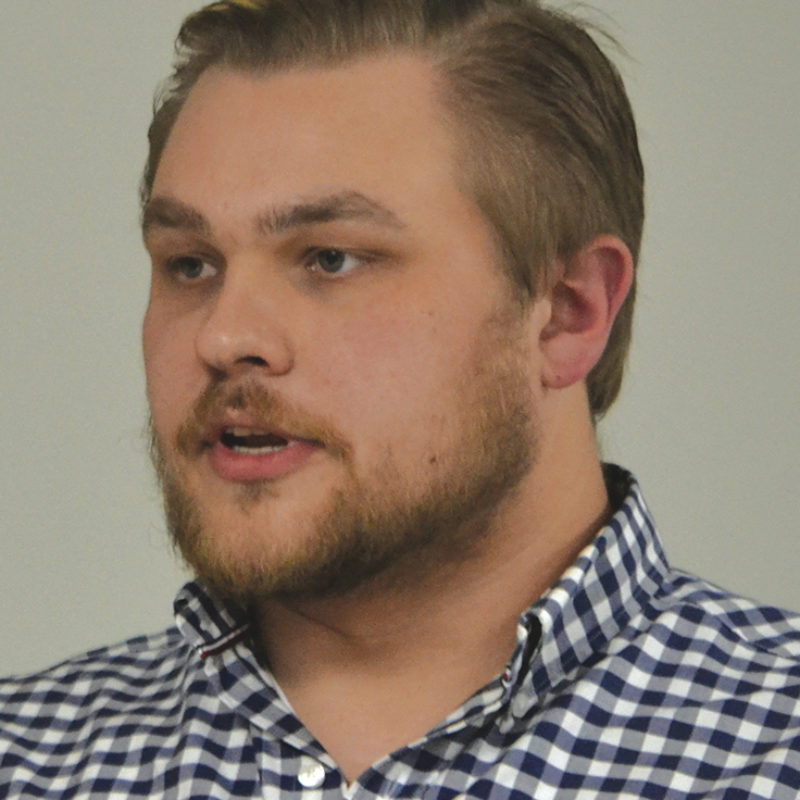 Matthew Sheets joined the Land Stewardship Project’s staff in late 2019 after organizing for years in his home of western Minnesota. He began his work with LSP as part of the Farm Crisis Campaign and has been working to follow up on the goals of that campaign and expand that work to advance the cause of rural economic justice. His current primary focus is advancing economic justice for dairy farmers and pushing back against the expansion of factory dairy farms. Growing up in and around his farming family, Matthew learned deeply the connection between people, the land they farm and the communities they inhabit. In his free time, Matthew likes to ski, fish, take road trips, and create in his art studio on the family farm near Chokio, Minn.