'Seeing Whiteness' in the Food System: A Keynote by John Biewen

Whiteness: it’s the air we breathe, the water we swim in, and…the soil we cultivate? A force that affects nearly every aspect of our lives in this country, yet white people hardly notice its presence.

Through the Scene on Radio podcast series, “Seeing White,” journalist John Biewen introduced hundreds of thousands of listeners to the concept of whiteness through interviews with historians, researchers, and activists. To “see white” is to see the mechanisms of power in the United States.

Join us for a conversation with Biewen on Tuesday, March 30 from 6:30 – 8 pm CST. We’ll hear details about how “Seeing White” came together, how we can use whiteness as a concept to advance racial equity, and take questions from members of a study group that spent March examining whiteness in the food system using Biewen’s work.

This event will be recorded and available for later viewing to all registrants.

This event is presented by the Land Stewardship Project (LSP) in solidarity with the Midwest Farmers of Color Collective (MFCC). Proceeds from this event will be split evenly between the two organizations. 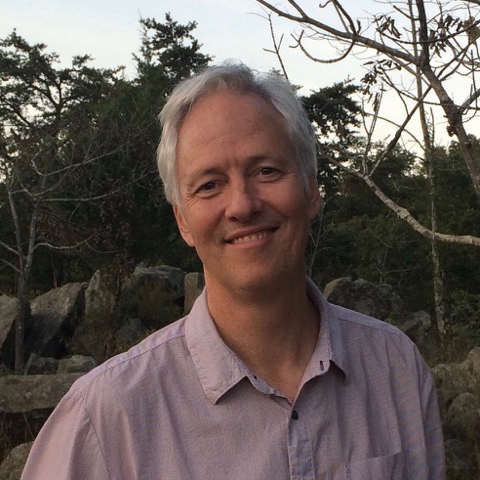 John Biewen is audio program director at CDS and host of the Center’s audio documentary podcast, Scene on Radio. During a thirty-year career as a public radio journalist and documentary-maker, he has told stories from forty American states and from Europe, Japan, and India. John grew up in Mankato, Minnesota, and studied philosophy at Gustavus Adolphus College. He began his radio career as a 22-year-old reporter at Minnesota Public Radio. He reported from the Rocky Mountain West for NPR and spent eight years producing long-form documentaries for American RadioWorks (ARW). He came to CDS in 2001 — then “in residence” while working for ARW — and became the Center’s full-time audio director in 2006. His work for CDS has aired on programs such as All Things Considered, Weekend Edition, This American Life, and Studio 360; on the BBC World Service; and as one-hour specials on hundreds of stations nationwide. In 2015–16, Biewen led Storymakers: Durham, a community storytelling project exploring race and class in Durham, N.C., part of the national Localore: Finding America initiative. In both his radio work and his teaching, John is animated by curiosity about the human experience, a love of radio craft, and an interest in social justice.