The Land Stewardship Project has developed a series of deeply researched “Myth Busters” to address some of the misrepresentations circulated by supporters of corporate-controlled industrial agriculture: 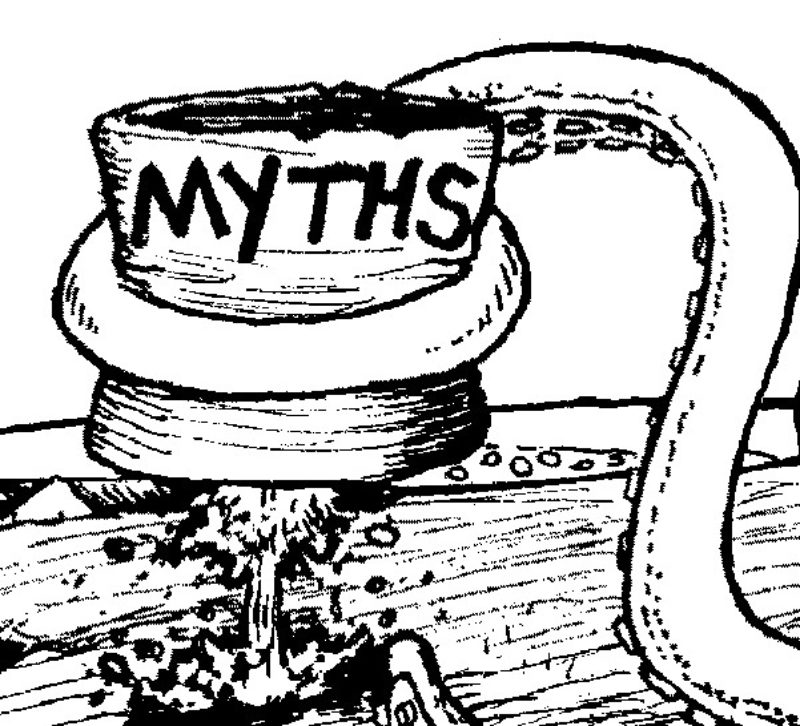 • Myth #58: Fake Meat Will Save the Planet’s Climate

• Myth #57: Abusive Work Conditions are ‘Essential’ to Heading off a Meat Famine

• Myth #55: Every Acre is a Potential Nitrogen-Fueled Superstar

• Myth #54: ‘Farm the Best-Preserve the Rest’ Will Prevent Ecological Collapse

• Myth #37: A new class of pesticides is harmless to the environment.

• Myth #36: Diverse crop rotations may be a boon to the land, but are a bust when it comes to farmers’ bank accounts.

• Myth #34: Townships don’t have the resources to control development.

• Myth #33: Artificial drainage of agricultural land is a boon to the environment.

• Myth #30: Banning subtherapeutic use of antibiotics in livestock production will be an economic disaster for farmers.

• Myth #29: Producing clean water in rural areas will require taking the majority of our farmland out of production.

• Myth #28: Roundup is not a long-term environmental threat.

• Myth #25: Undocumented immigrants drain the U.S. economy by not paying taxes and by being a tremendous burden on the health care system.

• Myth #24: Country of Origin Labeling will make it impossible for farmers to market their products through local stores and restaurants.

• Myth #23: Organic and sustainable farming systems are a luxury only well-fed countries like the U.S. can afford.

• Myth #20: Because of petroleum-based fertilizers, we do not need to build soil using plant residue and other natural sources of organic matter.

• Myth #19: Genetically-engineered products like Roundup Ready crops will reduce the presence of dangerous pesticides in the environment.

• Myth #17: Conservation tillage reduces global warming by trapping much more carbon in the soil when compared to conventional tillage.

• Myth #16: Large-scale factory livestock farms succeed because of the efficiencies of the free market.

• Myth #14: Meat that’s labeled “all natural” is produced in a significantly different manner than meat produced in a “conventional” system.

• Myth #10: It will be prohibitively expensive to tell consumers what country their food comes from.

• Myth #9: All certified organic milk comes from cows that spend most of the year grazing on pastures.

• Myth #7: We no longer have a soil erosion problem in this country.

• Myth #6: Genetic engineering is the only viable method available for improving food crops.

• Myth #5: The only way for family farmers to survive in the livestock market is to sign an exclusive contract with a packer or sell specialty products through niche markets.

• Myth #4: The only way to get started in dairy farming is by investing hundreds of thousands of dollars in high-cost, full confinement systems.

• Myth #3: There are so few small- and medium-sized farms left that it is not worth saving them.