“As people who drink, cook and wash with this water when it comes out of our taps, and who fish these streams as well as use this water to irrigate our crops and water our livestock, we see a troubling pattern emerging,” stated the letter (https://bit.ly/LSPWalzLetter), which was signed by 135 members and allies of the Land Stewardship Project (LSP), all of whom live in Winona County. “We want this troubling pattern of aquatic destruction to stop.”

In late July on Upper Rush Creek south of Lewiston, at least 2,500 fish, mostly brown trout, were found dead in an incident Minnesota Pollution Control Agency (MPCA) officials said did not occur “naturally.” This is the latest in a series of fish kills in the region in recent years. In 2019, 1,500 fish were reported killed in Garvin Brook, just east of Lewiston. In 2021, 250 trout were found dead in Trout Valley Creek, just south of Weaver. And in 2015, one of the most productive trout streams in the state, the South Fork of the Whitewater River that passes to the west of Lewiston, was the site of yet another fish disaster that was estimated to have killed thousands. Fish kills can result from numerous manmade sources, including pesticide and manure runoff, but thus far state agencies such as the MPCA have been unable to provide information on the source of the Winona County incidents.

“Our water is a shared resource that does not fall under the control of one person or entity, and the health of the water that sustains us and the health of our communities are inextricably linked,” stated the letter. “We want to do our part to protect our shared water resources. But in order to do that effectively, we need to know the source of these fish kills so that we can address the issue.”

The citizens called for a thorough investigation into the source of the kills and asked that the Governor meet with them in late October to discuss the issue.

“What I have learned in my 52 years on the banks of Garvin Brook is that not everyone has the same respect for the environment as we do,” said Nelson. “We expect results on the fish kill this time. Who are the violators?” 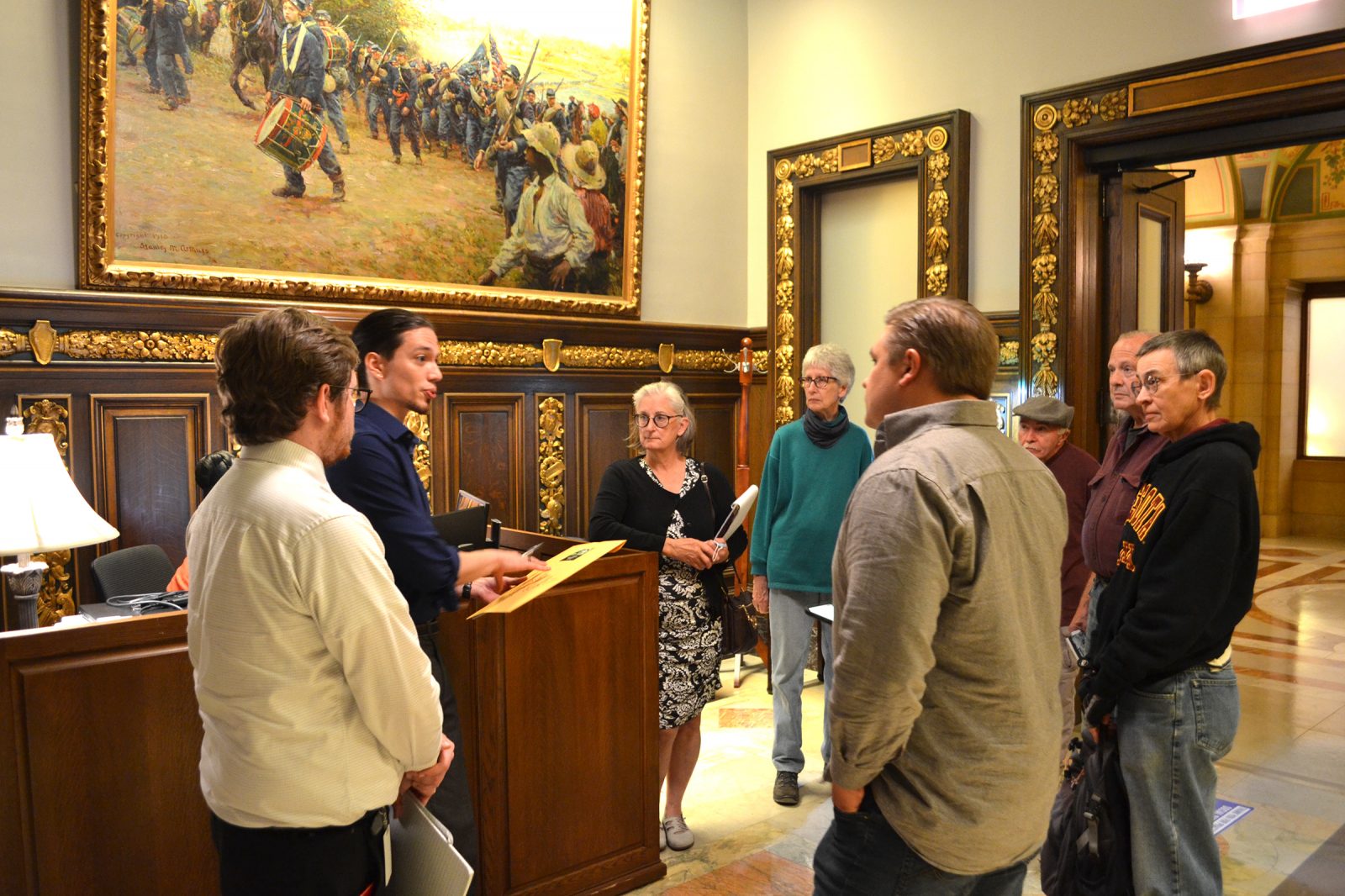 LSP members delivered a letter to Gov. Tim Walz’s office on Sept. 21 calling for action to address a rash of fish kills in southeastern Minnesota.

Join LSP as we launch our first of many Monthly Virtual Policy Organizing Meetings! On the fourth Tuesday of each month at 7:00 p.m. we will gather to learn about what is happening at the state, local, and federal level; take collective action together; dive into an issue campaign of your choice; and break out into regional groups to build relationships with other LSPers in your area. For more information or to register, see https://secure.everyaction.com/Kcxzxu1pB0mYNb5LFrXvbA2.