They provide Community Supported Agriculture (CSA) shares, produce, and seedlings to customers in and around Minnesota’s Twin Cities. Like many beginning farmers, their goal is to improve the health of a diversified Minnesota population and preserve farmland for future generations. They also strive to grow for their families and communities culturally appropriate food that cannot always be found in American supermarkets.

Sasa farmers have been supported by the work of Moses Momanyi and Lonah Onyancha, who mentor new agrarians on their land in Cambridge, Minn. But the Sasa farmers are quickly outgrowing the incubator acres and are ready to establish themselves in long-term relationship with farmland and begin to grow their businesses serving Minnesota communities.

Most beginning farmers face a similar dilemma: once they get enough experience to launch a going enterprise, they run into the brick wall of permanent access to land. This is especially true for farmers of color, who have less generational wealth and often lack a background in generational land ownership. They also have less access to traditional and alternative sources of credit.

This is where the Agrarian Trust can play a role. I am part of a group of people working in Minnesota to use the “land commons” model as a way to provide access to acres for folks like the Sasa farmers. A “commons” creates a perpetual trust protecting the land for agricultural stewardship while removing it from private ownership, and farmers are given leases that last for their working lives and that can be passed on.

Farmers build equity by investing in their business rather than the mortgage, by owning any buildings or improvements they add to the land, and by having dependable, long-term tenure on agricultural land. The commons are governed and supported by a board consisting of one-third community members, one-third Agrarian Trust members, and one-third farmers who are part of the commons. The focus is on sustainable, soil-building practices, as well as sustainable community building practices and support for the farmers.

Land commons are not a new concept. Indigenous cultures in this country and abroad, for whom land ownership is a settler/colonial imposition, practiced for millennia (and still practice) community land relationships that do not involve private ownership. Nobel laureate Elinor Ostrom researched and published important work on sustainable community commons in answer to a dominant belief that such cooperative arrangements were doomed to failure.

In a commons situation, land is held by, stewarded for, and contributes to the surrounding community. Under this model, poor stewardship of the farm is seen as damaging to the community, and community members hold each other accountable as well as support each other in the healing of the land. (The Agrarian Trust’s website has details about structure, equity building, and other aspects of agrarian commons operations, which are being created all over the country.)

It sounds so simple, but it’s complicated to rebuild and recreate land access under the “commons” model. For one thing, it runs counter to what most of us know about land ownership, financial value, wealth building, land tenure, independence, and success. Federal, state, and local laws, as well as ordinances and support structures, are all built for private ownership. That means quite a lot of work goes into finding legal paths for a different structure that includes the community’s as well as the individual’s values.

The commons model is not the answer for everyone. There are many communities and individuals who prefer private ownership for good reasons, including a desire to control land use and the building of wealth. For others, this is a much needed path to altering our tendency to monetize land.

There’s no mistake: it takes a lot of effort to step off the well-beaten path of private land ownership. For the Minnesota Agrarian Commons, it has taken over a year-and-a-half to get to the point where we are ready to enroll land into a commons situation and have a group of farmers ready to lease that land.

Currently, the Minnesota Agrarian Commons is working to help with Sasa Organic Farms’ land access needs. The Agrarian Trust would like to identify, with the collaboration of the Sasa farmers and a willing landowner, land that would fulfill the needs of the Sasa collective and put its members in a good position to succeed with their collective farm ventures. The landowner could either gift the land to Agrarian Trust, enter into a bargain sale (below market value), or sell the land to the Trust at market value, depending on the landowner’s needs.

Agrarian Trust, working with partners, will then begin a fundraising campaign to acquire the land, cover legal costs, and create a fund to establish appropriate infrastructure for the farmers. We will also work to identify and create a supportive community around the Sasa farmers, giving them the best opportunity to succeed. This model presents an opportunity for landowners ready for transition and looking to make a change in the systems that have been unfair for a long time, especially in the realm of agricultural land access.

So many Land Stewardship Project members have been champions for conservation values, seeing the connections these values have to overall community health. We’re asking landowners to start being champions for their social values as well, starting with their plans for land transition. Land is power, and we can start turning the wheel together to share that power with more intention.

Land Stewardship Project organizer Robin Moore is based in western Minnesota and works with retiring farmers and non-operating landowners who are looking to continue a stewardship legacy. For more on this work, click here. 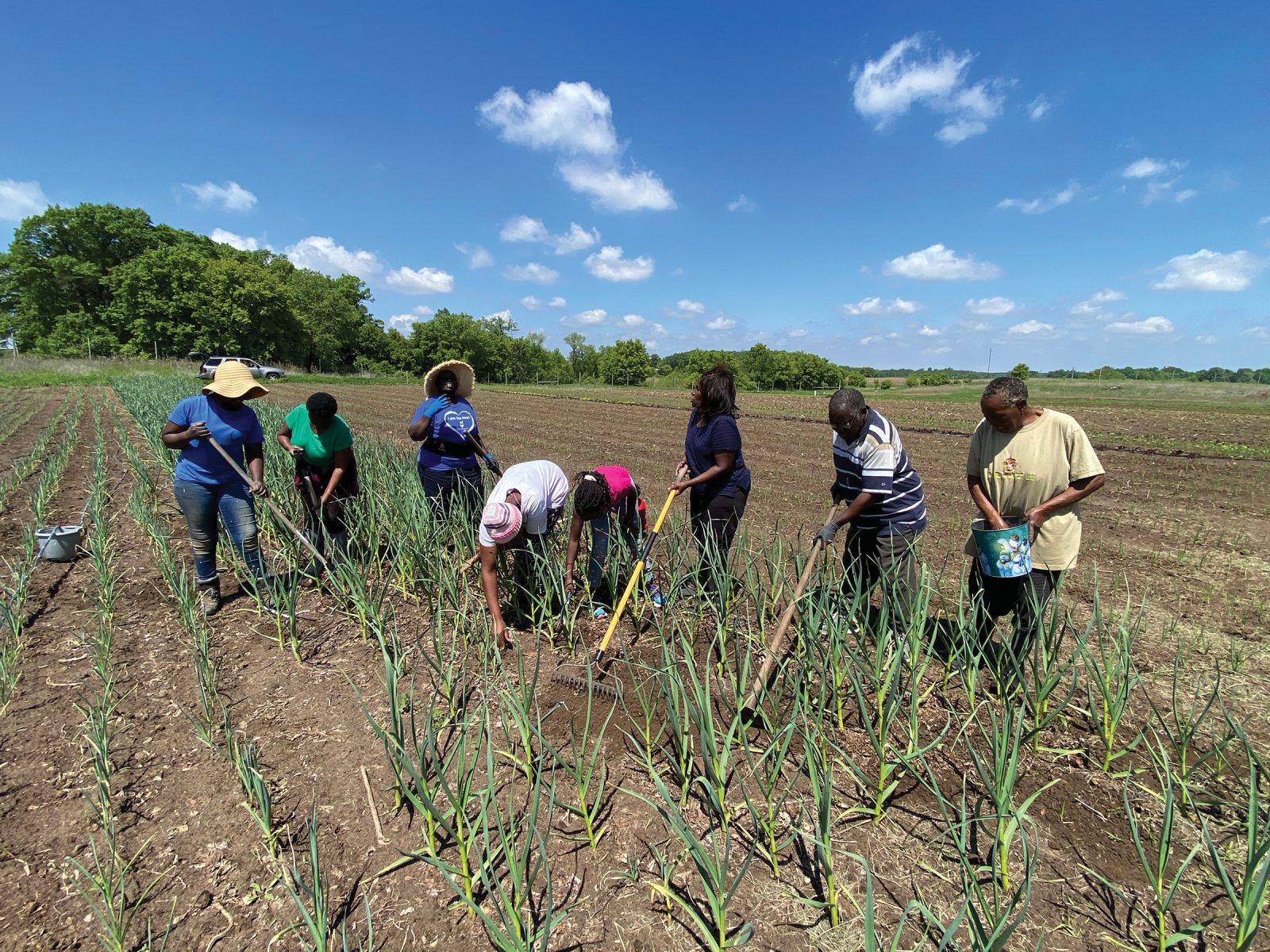