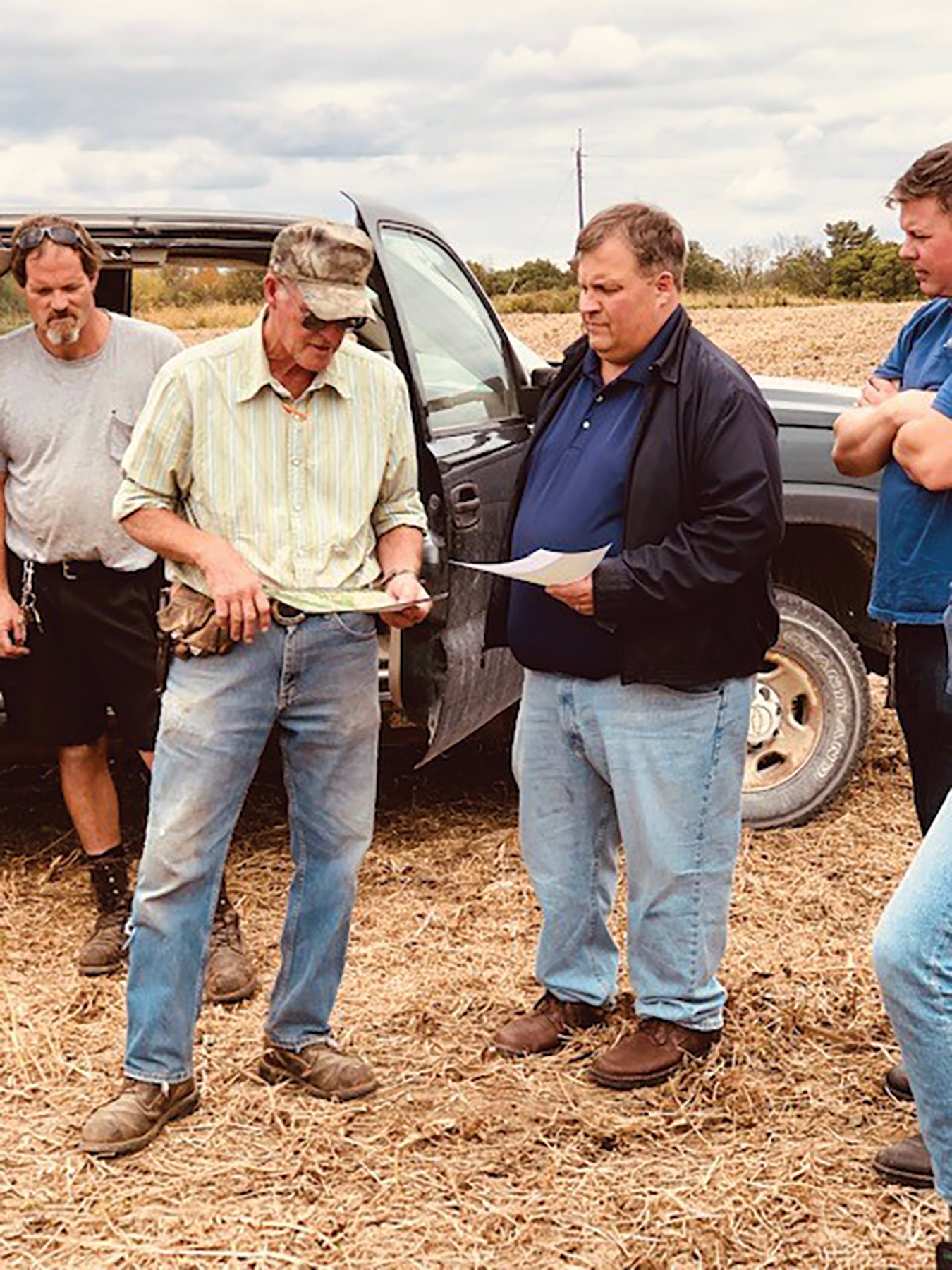 Some five decades ago, a young aspiring farmer named John Snyder brought his bride Bernadette back to Minnesota from Tennessee to begin their farm and family dream together. The newlyweds settled in on a piece of rolling farmland near Preston in southeastern Minnesota where oak savanna forests, limestone ridges, and prairie meet. That first farmhouse had no running water, but it was home. And with just a few hundred dollars in the bank, they launched their life’s work with cattle, dairying, growing corn, soybeans and a family.

Fast forward to October 202I: their farm dream has taken on proportions they’d never have imagined decades ago. In addition to conventional row crops and hay, the Snyders also raise hogs and goats. All along, as John and son Ben planned, planted and harvested, they took care observing their land, its weather, and water patterns. They paid attention to the farm’s wildlife and the health of their crops and livestock as carefully as they managed seasonal planting, production cycles, and farm finances.

Over time, John got concerned about some things he was observing on the farm. “Something was wrong with my livestock – puffy joints, ornery…I went to the vet and he recommended no Roundup Ready infused feed and to go with non-GMO feed. I did, and the animals got healthier and happier,” he says. “I think Roundup is doing more damage than we know. I’m talking as a farmer here, I’m not a radical, left-wing, socialist…There’s something going on there. I got a lot to learn and I think we all do.”

Soil erosion and the lack of life he’d been noticing in his soil bothered him too. Where were the worms?

Snyder says his brother, who has some of the best farmland in the area, loves to fish. When it was time to go drop a line, he’d say, “I gotta go to the Amish to get some worms.” Even though John’s brother’s farm looked great, John says, “His soil didn’t have the life and diversity that you find in Amish country where they use more diverse cropping and livestock integration.”

John and Ben made the switch from Roundup Ready seed to non-GMO and organic production. That required taking a different approach to weed control that relies on a rotary hoe, a cultivator, and an electric weed zapper along with a mix of cover crops. John’s learned that, “…timing is critical. You’re not a windshield farmer anymore. Next year I’ll do barley. Also, clover, alfalfa, and grass, and then I hay it for a couple of rounds. You gotta break up the cycle, you gotta have oats or beans. All your weeds germinate at different times so you gotta change up your tillage.”

They switched to spring interseeding of cover crops in standing corn. About 200 of their 700 acres are now either certified organic or in transition away from conventional non-GMO corn and soybeans to organic. Their remaining acres are conventional, non-GMO crops and cover crops.

The Snyders are happy about the many positive changes they’re seeing on their farm with the switch to regenerative practices over the past few years. Their plants withstand drought better — a particularly key characteristic during the summer of 2021 — because there’s more moisture retained in the soil. Wildlife is more plentiful around the farm. An added benefit is lowered cost of production. “Conventional corn’s $260 a bag,” John says. “My preferred organic seed corn is $160 a bag. And fertilizer just went up in price six times in six weeks.” 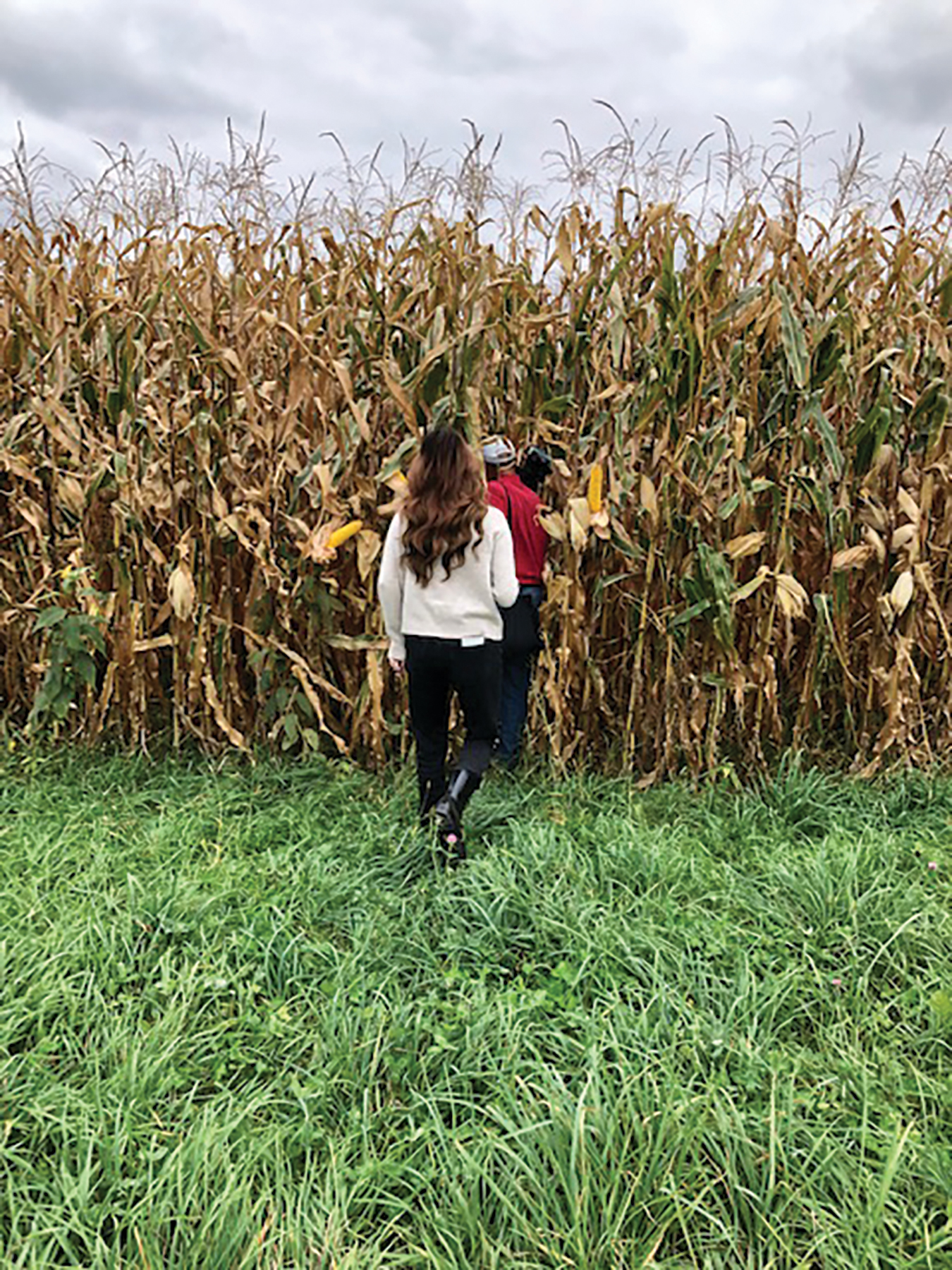 “What’s underneath your feet is what’s making the health of those plants,” John Snyder says of this thriving stand of organic corn.

The ‘Wonder Field’ Tells the Story

Recently, on an unseasonably warm, overcast October afternoon, John hosted a group of about a dozen visitors including Thom Petersen, Commissioner of the Minnesota Department of Agriculture. They came to see and hear about what Snyder calls his “wonder field” — a stand of 11-foot-tall organic corn. It is indeed a wonder to see and walk through; the response of the visitors that day was genuine awe and appreciation.

John and Ben led the group into the midst of the massive stalks to demonstrate how to calculate an estimate of bushels-per-acre-from this field. There was a hand count and folks calculated the averages on their phones yielding a reasonable estimate of 188 bushels per acre, which will make for a profitable harvest for the Snyders.

“What’s underneath your feet is what’s making the health of those plants,” John told his guests emphatically.

Towards the end of Commissioner’s visit, the two of them had a chance to walk and talk a bit. To John, this was the most important aspect of the Commissioner’s visit. While it was nice to have him stop by to see the Snyders’ soil building results firsthand, the vital element was for the Commissioner to leave with a visceral understanding of what the future of farming could and should be for the next generation.

Video: Soil & the Next Generation

In a Land Stewardship Project video, John Snyder describes why building soil health on his farm is key to allowing him to pass the land on to the next generation. Check it out here.