During the Biden Administration’s first 100 days in office, the Land Stewardship Project was busy on the federal policy front. The role of agriculture in mitigating the climate crisis has been one focus of both the Administration and the new Congress. Over 500 LSP members and supporters signed on to our public comment on climate policy that was submitted to USDA, and LSP organized a series of virtual fly-ins to advocate for our priorities with members of Congress.

For two weeks in April, 19 Land Stewardship Project farmer-members participated in a series of virtual fly-ins with all five members of the Minnesota Congressional delegation who serve on Agriculture Committees: U.S. Senators Amy Klobuchar and Tina Smith, and U.S. Representatives Angie Craig, Michelle Fischbach, and Jim Hagedorn. LSP coordinated this effort with coalition partners across the Midwest and country, including the Campaign for Family Farms and the Environment (CFFE) and the National Sustainable Agriculture Coalition (NSAC).

Given the federal focus on climate and infrastructure policy, LSP members advocated for our Agriculture Committee members to be champions in bringing climate funding to our farmers and rural communities. As the quotes highlighted on these two pages show, these farmers had a clear, consistent message: status quo agriculture policy isn’t working for small to mid-scale farmers or the climate, but we have an opportunity here to invest in what does work. It makes sense for public money to go toward the public good, investing in a farm and food system that builds soil health while strengthening local economies.

Consolidation in agriculture has led to disinvestment of rural communities, as well as supply chain breakdowns during a global pandemic. Climate policy must not continue that trend. We reject false solutions to the climate crisis that prop up a failing system, and instead advocate for local, resilient food systems that create more land access for beginning farmers, build local economies and food security, and protect air, water, and climate for future generations.

Small to mid-scale farmers employing regenerative practices can mitigate the worst climate change impacts through practices like no-till and cover cropping, and can sequester carbon via perennial crops and managed rotational grazing systems. In order to make this possible at landscape scale, we must improve and expand access to USDA conservation programs like the Conservation Stewardship Program (CSP) and the Environmental Quality Incentives Program (EQIP). Currently, two-thirds of CSP and EQIP applicants in Minnesota are turned away each year due to lack of funds. Beginning farmers and farmers of color are at the forefront of employing regenerative farming practices, but may lack the capital to get started. Investing in regenerative food systems is smart policy.

Expands investment in conservation programs like CSP and EQIP.

Since then, Minnesota U.S. Representative Betty McCollum, who serves on the Agriculture Appropriations Subcommittee, has co-sponsored the Agriculture Resilience Act, and we thank her for her leadership.

Factory farms are a cause of climate change, and they should not be considered part of the solution. They require huge quantities of feed, water, and chemical inputs, as well as energy, and they manage manure in a way that increases greenhouse gas emissions. Methane digesters are an expensive, dangerous, and inefficient way to hang on to a failed system. Public initiatives like EQIP should not be used to prop up factory farms and make it harder for small to mid-scale farmers doing right by the environment and their communities to compete.

Private carbon markets have also created a buzz, yet they are just another way to suck money out of rural communities and put it into the hands of brokers and big business. The industrial food system will never be a carbon sink, and should not act as an offset market for fossil fuel polluters. Historically, carbon markets have failed to offer a stable price to farmers and can be difficult for smaller operations to access, creating more inequities. The climate crisis demands transformational action, and this is not it.

During the fly-ins, LSP members advocated for payment limits in federal programs to prevent further consolidation. They shared their opposition to investing in factory farms and made it clear carbon markets are the wrong direction for climate policy.

Since then, U.S. Senators Klobuchar and Smith have co-sponsored the Growing Climate Solutions Act, a bill that creates a framework for USDA involvement in certifying third parties to verify carbon credits. LSP opposes this approach because it is bad for the climate, bad for small to mid-scale farmers, and bad for communities where concentrated pollution continues to harm public health. Government should regulate polluters, not provide a loophole for ongoing climate destruction.

The next major legislation to come out of Congress will be an infrastructure bill, currently being referred to as the American Jobs Plan. Given the breakdown in the food system resulting from the COVID-19 pandemic, it is crucial that this infrastructure bill addresses the needs of farm and food system supply chains. Components of the Agriculture Resilience Act referenced earlier address farm-to-table infrastructure, from building soil health to local processing and market development.

Rural investment must be prioritized in the American Jobs Plan. Corporate control of wealth has created an untenable situation for farmers and other rural community members for too long. What is good for the climate and the environment is also good for local economies and community food security. It is time for our legislators to enact policy that benefits us, not corporate ag.

LSP members thanked Senator Smith and Representative Craig for co-sponsoring the Strengthening Local Processing Act. All other Agriculture Committee members from the Minnesota Congressional delegation were asked to join their colleagues in supporting this bill.

LSP members also advocated for the inclusion of both the Agriculture Resilience Act and the Strengthening Local Processing Act in any forthcoming infrastructure bill, such as the American Jobs Plan.

Contact me for updates on federal policy, details on action taken by our Agriculture Committee members, and more ways for you to get involved.

LSP federal policy organizer Jessica Kochick can be reached via e-mail or at 612-400-6349.

Let your members of Congress know that you want them to champion the Agriculture Resilience Act, the complementary Climate Stewardship Act, and the Strengthening Local Processing Act, and that we need to see these rural investments now in the American Jobs Plan.

After receiving hundreds of e-mails from Land Stewardship Project members and supporters, Minnesota U.S. Senator Tina Smith recently signed on to a letter circulated by colleagues in support of putting $200 billion of agriculture funding in the American Jobs Plan Act (AJPA), focused on conservation programs, local foods infrastructure, renewable energy, and more. This is a first step toward winning these key priorities.

Let’s keep the pressure on: contact your members of Congress at www.govtrack.us/congress/members. For more information, contact LSP federal policy organizer Jessica Kochick via e-mail or at 612-400-6349. 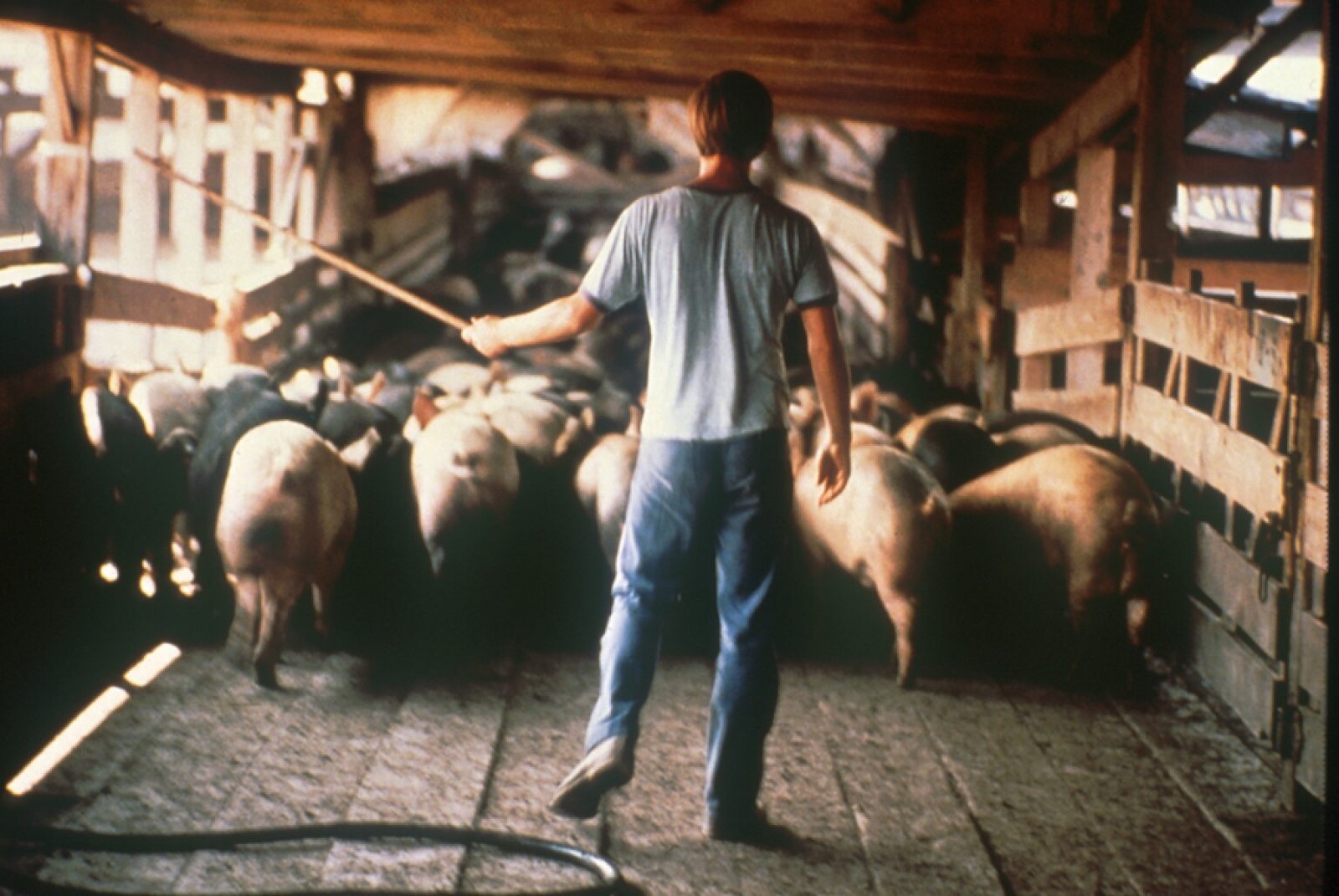 “We need to stop investing in systems that don’t work and start investing in the ones that do, if we want to make a difference in soil health, climate change, and improved rural economies.” — Jon Jovaag, livestock & crop farmer, Austin, Minn.

“We need to pull back the curtain and see carbon markets for what they are: a false game that allows companies to continue to pollute. Instead, ag leaders should support and increase participation in the CSP program. This spring, we were told we cannot sign up for a contract for two years due to lack of funding. Expanding a proven program like CSP would benefit farmers and society.” — Bonnie Haugen, dairy farmer, Canton, Minn.

“Farmers are caretakers and entrepreneurs who mitigate a staggering array of risks, choosing carefully where to invest our limited resources. Without processors nearby to take livestock from our farm on to consumers, right-sized operations like ours can’t provide healthy food  for our communities.” — Dana Seifert, livestock & crop farmer, Jordan, Minn.


Registration requested, but not required. For more information, contact Bonnie Haugen at bonnie@dga-national.org or call 507-421-7170.

Join the Land Stewardship Project and the Institute for Agriculture and Trade Policy for a conversation about federal conservation program funding in Minnesota and how the Farm Bill can better support producers utilizing regenerative practices. For details and to register, click here.

Deep canvassing is candid and non-judgmental, two-way conversations where canvassers ask voters to share their relevant, emotionally significant experiences and reflect on them aloud. It is one of the most durable and proven forms of persuasion when talking to people who might hold differing beliefs than you and is going to be critical in creating the world we want and need.

Join the Land Stewardship Action Fund to learn about deep canvassing, what it is and why it’s important, and get trained on how to deep canvass so you’re able to powerfully participate in LSAF’s upcoming deep canvasses and put these important skills to use in your community.

To participate in the Oct. 11 meeting, click here. Note: it starts at 11 a.m. Eastern Time.