Around a decade ago, while driving past a farm field in southeastern Minnesota, Bob Christie turned to DJ Mueller with a nervous question: “So you’re saying my fields are going to look like that?”

With farmers adapting to a changing climate and volatile markets, DJ knew that he and Bob must prioritize soil health over high yields to make their farm more resilient.

Bob, 72, bought his Winona County farm in 1969, where he operated a dairy initially, but eventually transitioned to beef cattle. Today, he raises corn, soybeans, and alfalfa on 300 acres with his son-in-law DJ, who’s 43 and joined Bob on the farm in 2008. 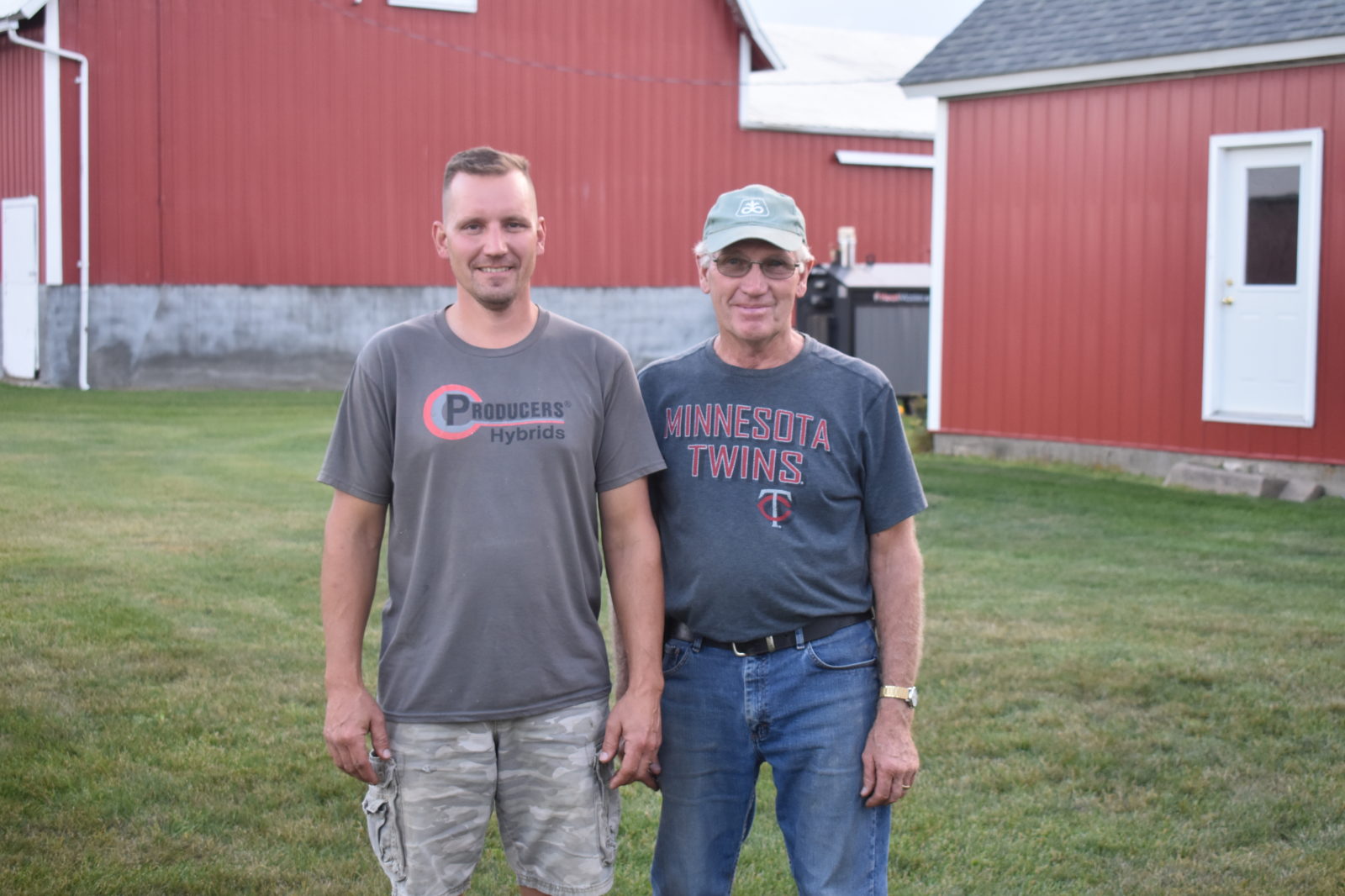 When their equipment needed replacing in 2013, DJ advised against the expensive inputs associated with conventional agriculture in favor of soil healthy farming. This time-honored approach involves building the soil’s innate ability to generate fertility via practices such as no-till and cover cropping. Conserving water, identifying the cause of weed pressure, and working at a profitable scale meant focusing on management and putting up with a bit of trial-and-error. It also meant tolerating fields that don’t look as “clean” as their conventional counterparts, hence Bob’s concerned question while driving past that neighbor’s no-tilled field a decade ago.

However, today, the elder farmer strongly believes in the path they’ve chosen. By using cover crops and no-till farming methods, DJ and Bob sequester carbon and build natural fertility by having living roots in the ground all year round and reducing soil disturbance. While mitigating the effects of climate change, they are reducing costs; they are not only producing good crops today, but also protecting their soil’s future fertility. The farmers feel that cover crops such as rye, hairy vetch, and winter radish are investments (and potential markets) to regenerate their land for future generations and build climate-proof resiliency.

The no-tilled crops insulate their topsoil during drought while the living roots soak up extreme rainfalls and keep nutrients from leaching into waterways. The method they have chosen may not always result in top yields, but the farmers have learned that healthy soil can be profitable by reducing the cost of production and protecting the land from extreme weather events. Importantly, when DJ and Bob build back their soil by putting carbon into the ground, the farmers and the land are rewarded.

With advice from other farmers, Land Stewardship Project organizers, and their local Soil and Water Conservation District, DJ and Bob have realized that investing in their soil’s health makes sense for their farm and the community. After five to six years of strategically implementing cover crops and significantly reducing the wear and tear on their equipment, this year’s drought did not severely affect the return on their cash crops of soybeans, corn, and alfalfa. Utilizing community support and financial security from DJ’s off -farm job as a contractor, the men judge their success one year at a time. DJ says their solution lies in building resiliency in a market environment that disadvantages having livestock or non-cash crops on the farm.

“We want people to see that [soil healthy practices] will work,” DJ says.

Farmers are experiencing unprecedented downpours and dry spells because of a changing climate. Moreover, the success of our community is dependent on small and mid-sized farmers like DJ and Bob stewarding the land. Permitting farmers to break free from a high yield mindset can restore the health of our communities, protect our water, and strengthen the financial and environmental vitality of our farmland.

We have all witnessed an increase in unpredictable weather, health problems from our water and food, and loss of farmland due to growing urbanization in rural Minnesota. My grandfather bought a farm in Caledonia in southeastern Minnesota shortly after returning from WWII. Listening to other farmers and my grandpa has taught me to appreciate our connection to each other and the land. Becoming a member-leader at LSP allows me to advocate for land stewardship through collective action. My responsibility as a consumer, as well as my role as an advocate for global climate action, means that I support local farmers who share my stewardship values.

That’s why I am excited that farmers like Bob and DJ support healthy communities by keeping their farm economically resilient while building soil carbon. Now it’s the job of non-farmers to find a way to support this kind of investment in our future through the marketplace and good public policy.

Sam Streukens is an LSP member-leader who lives in Winona, Minn. This summer, he was on contract to organize with LSP’s Soil Health Team.