Every five years, Congress drafts a new federal Farm Bill, which determines how tens of billions of dollars are spent on what’s grown on the landscape 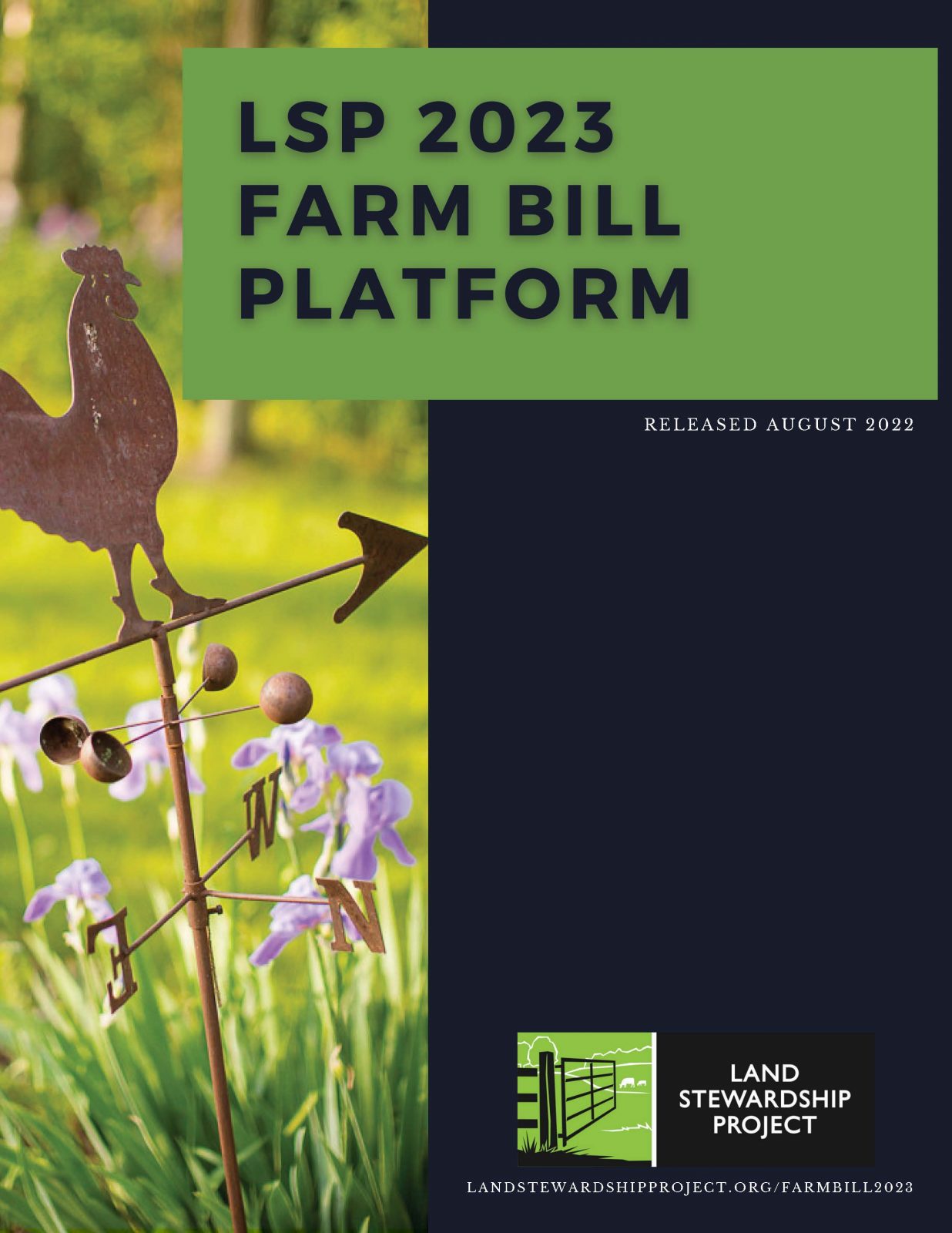 and who grows it, as well as the environmental impact of production systems, the safety of our food, and the economic health of rural communities. On Aug. 16, 2022, the Land Stewardship Project launched its 2023 Farm Bill Platform. This document was developed by farmer-leaders who belong to LSP’s Farm Bill Organizing Committee, and is based on a survey LSP, working with the National Young Farmers Coalition, Midwest Farmers of Color Collective, and others, undertook during the winter and spring of 2022. The survey of farmers and farm food system workers in Minnesota, Iowa, and Wisconsin covered several topics, including: consolidation in agriculture, conservation and the effect of climate change, crop insurance reform, access to markets and regional food systems, and the barriers beginning and BIPOC (Black, Indigenous, people of color) farmers face.

Download a pdf Copy of the Farm Bill Platform Here

On Aug. 16, 2022, the Land Stewardship Project launched our 2023 Farm Bill Platform at Legvold Farms in Northfield, Minn. Check out the press release here.