The Midwest has Lost 57.6 Billion Metric Tons of Soil Due to Agricultural Practices

(3/16/22) The Midwest has lost approximately 57.6 billion metric tons of topsoil since farmers began tilling the soil, 160 years ago. And this is despite conservation practices put in place in the wake of the Dust Bowl in the 1930s, according to Phys.org. Much of the erosion is due to tillage, say the authors of an extensive study that combined on-the-ground measurements at 20 sites in Iowa, Illinois, Minnesota, South Dakota, Kansas, and Nebraska with historical data to recreate erosion rates throughout the Midwest. Because the USDA does not explicitly include such “tillage erosion” in its own analysis, it has “drastically underestimated the rate of erosion” currently at work in the heartland, said  researcher Evan Thaler.

A recent LSP Myth Buster explains why it’s so critical to protect and build that top few inches of soil.

(Summer 2022) Long-term lease agreements are more likely to lead to the adoption of conservation practices, according to Progressive Farmer magazine. “Farmland rental agreements where tenants may not reap the benefits of conservation investments are a commonly cited barrier to conservation practice adoption in agriculture,” concluded an Iowa State University study. About half of Midwestern farmland is rented via short-term leases  — defined as one to two years in length.

For resources on how to create farmland leases that fit your stewardship goals, check out LSP’s Conservation Leases web page.

(6/7/22) Researchers have found short-term use of cover crops can’t undo decades of damage to soil microbes, according to studies published in the journals Agronomy and Frontiers in Microbiology. In the studies, two years of cover cropping appeared to not be enough to make up for 36 years of damage caused by continuous corn and heavy nitrogen fertilizer use. Scientists involved with the study say that more research is needed to determine the role long-term cover cropping and other soil health practices can play in rebuilding microbial life. “Reverting these changes may take tremendous effort and time, and cover cropping should be one of many strategies we deploy to increase the spatial and temporal diversity of our agricultural systems to protect our soils and our future on this planet,” said María Villamil, a co-author of the papers, in a University of Illinois press release.

(1/27/22) Regenerative agricultural practices employing no-till, cover crops, and diverse crop rotations enhance soil health and the nutrient density of various crops, according to a preliminary study published in the journal PeerJ-Life and Environment. The study included paired results from vegetable, grain, and livestock farms in various states, including Iowa, California, New York, Kansas, and North Dakota. “…soil health is an under appreciated influence on nutrient density, particularly for phytochemicals not conventionally considered nutrients but nonetheless relevant to chronic disease prevention,” concluded the researchers.

Interested in how we can create a food and farm system that rewards regenerative practices? Check out LSP’s Regional Food Systems web page.

(6/17/22) Minnesota beginning farmers looking to buy land now have access to $500,000 in state money to help with down payments, according to MinnPost. The down payment assistance, which was passed by the Minnesota Legislature this spring, could especially help small-scale and minority farmers overcome a range of hurdles that make it hard to buy land. The state will give grants up to $15,000 per eligible farmer, which the farmer has to match. The farmer also has to commit to owning and farming the land purchased for at least five years .

Resources for beginning farmers seeking to access land are available on LSP’s Land Transition Tools web page. For a summary of how LSP proposals fared during the 2022 session of the Minnesota Legislature, check out this recent LSP blog. 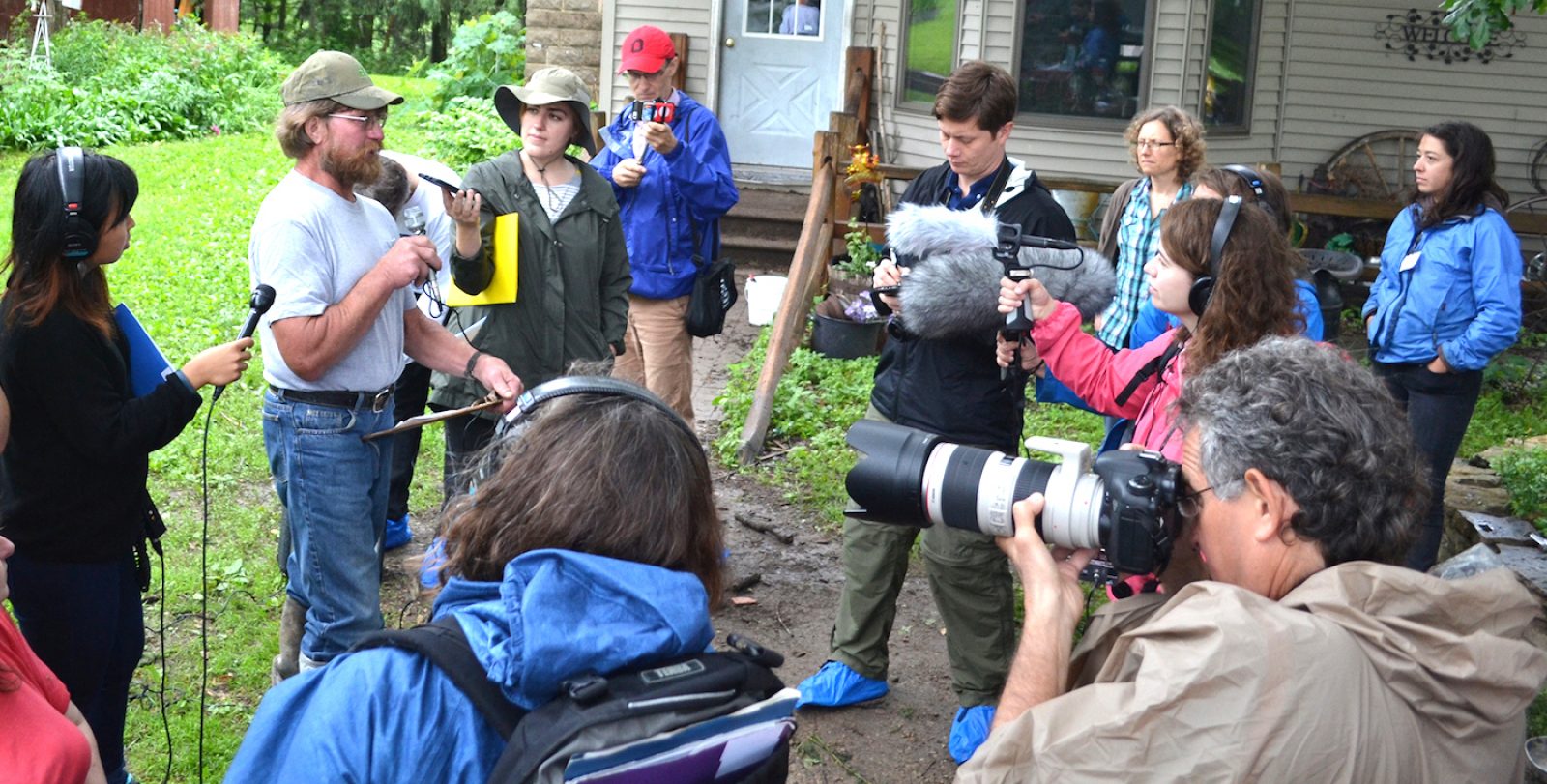 LSP Land Line is a regular round-up of local, regional, and national news that touches on the work of the Land Stewardship Project. We can’t include everything, but if you have a news item to submit, e-mail Brian DeVore.

Quotes of the Day

“A few years back, my wife and I were at a wedding at a pioneer Norwegian church in Minnesota. After the ceremony, I walked over to the edge of the churchyard, which was surrounded by cornfields, and was shocked to see that the surface of the field was a few feet lower than the surface of the never-tilled churchyard. I began to wonder why.” — Isaac Larsen, co-author of a paper on historical erosion in the Midwest